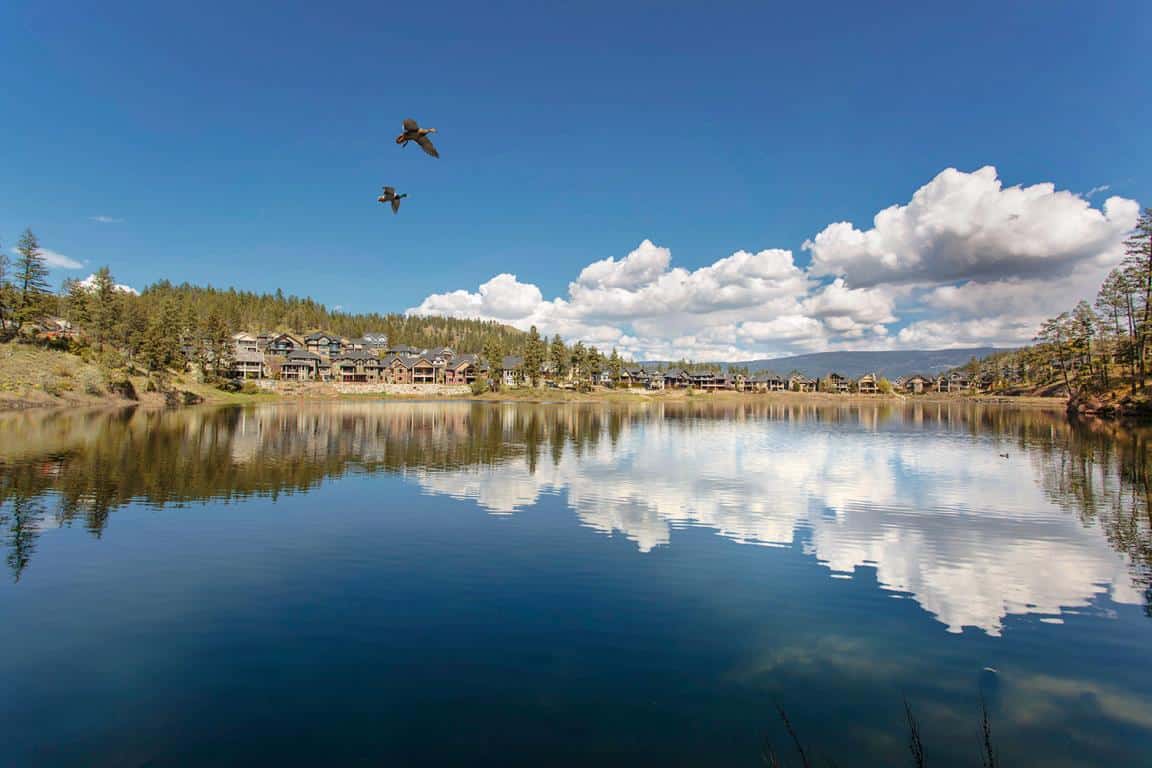 Read how Blenk Development’s environmental investments, especially in wetland enhancement, protect and even create new habitat for a great variety of species:  Wilden is a place where residents exist in harmony with nature. From the day Gerhard Blenk purchased the raw land, his plan was to sensitively grow the Wilden community in a way that would sustain the area’s natural ecosystems and preserve space for wildlife. Years before the first homes were ever built, a Master Plan was meticulously thought out, environmental studies were conducted, and water levels were monitored in the many wetlands that existed. The goal was to preserve the habitat of the wide variety of species living in and around the Wilden ponds as well as in the uplands. Initial environmental studies were carried out in 1998. These studies informed the subsequent development and approval of an Area Structure Plan. As work began in 2001, Kyle Hawes, Senior Natural Resource Biologist and co-founder of Ecoscape Environmental Consultants, became involved with the project to work with Blenk Development on wetland protection and enhancement and, in some areas, expansion. “The developer’s environmental investment was certainly ahead of the norm for the time,” says Hawes. “Incorporating environmental planning in the early stages of the master plan helped to ensure that important habitats were preserved and connectivity with other habitat areas was maintained.” The design of the Master Plan is that these interconnected natural areas will remain even after the last home is built. Extensive studies undertaken at the outset to clarify the condition of the ponds showed that certain areas needed restoration work where past rural and recreational impacts had been considerable. “Many of the ponds had been impacted in the past,” Hawes remembers. “Some areas used to be dumps or gravel pits, while others had been persistently impacted by recreation vehicle use. Many of those impairments have since been removed. Furthermore, additional areas were excavated to increase the size of some of the wetlands and the critical habitat they provide.” But there was more to planning a sustainable ecosystem in Wilden than restoring the ponds. Russ Foster, Vice President and CEO of Blenk Development, has managed the project from day one. “Extensive hydrological studies were completed to better understand water flow throughout the site and develop an overall stormwater management plan. Both are vital to maintaining water levels and water quality in our ponds and wetlands. Dams were reconstructed and flow control structures were installed to enhance wetland areas where stormwater is intercepted. Biofiltration areas were constructed to treat the water before it enters into the ponds. Extensive planting restoration along the shores was also part of the pre-development process. In every step we worked in close cooperation with biologists and environmental consultants to make sure that we would provide functional habitats,” explains Foster. Blenk Development’s groundbreaking work in Wilden, which ranges from wetland preservation to thoughtful road and lot planning, has since resulted in new standards for sensitive land use and hillside development in the Okanagan. The Blenk Development team continues to work closely with Ecoscape to ensure that the protection and preservation of nature in Wilden is a priority. Part of this includes educating residents and controlling usage of the land in more remote, still untouched areas where the use of motorized vehicles is strictly forbidden. A “Guide to the Wild Side of Wilden” is given to every family when they move in. It showcases the various plants and animals in the area and offers guidelines for living in harmony with them. “Providing this sort of education makes people understand the value of the natural environment,” says Hawes. “Wilden residents know the importance of giving the wildlife its space. Important to this is keeping their cats indoors and their dogs on leash so as not to harass the many waterfowl species and wildlife that frequent the ponds or the diversity of songbirds that nest in the area during the spring and summer.” For their cooperation, families in Wilden are rewarded by the beauty and tranquility of the natural setting, enhanced by the sights and sounds of birds, waterfowl, rare aquatic life, and deer living in their neighbourhood. “The Wilden wetlands continue to provide habitat for waterfowl: Cinnamon Teal, Mallard, American Coot, Common Goldeneye, American Widgeon, and Redhead are just a few of them. The ponds are an important stopover for migration,” Hawes explains. “But not only the ponds themselves; their connectivity is vital to healthy wildlife populations. To help facilitate wildlife movement between wetlands, safe underpasses beneath the roads are being incorporated in the development. The Western Painted Turtle, which is a species of conservation concern, can migrate more safely across Union Road through a tunnel. This tunnel is used by other animals as well, which reduces the risk of road mortality. At the same time however, increased awareness of the turtle’s movement between wetlands is encouraged so that people will take greater care when driving through Wilden.” It will take at least another two decades to completely build out the Wilden community. Having a Master Plan in place ensures that development will always be controlled, density will be kept low, and connected green pockets will preserve plant and animal life in the best possible way. This means that “Nature Inspired Living” is a promise Wilden will always keep. And even future generations of Wilden residents can rely on it.