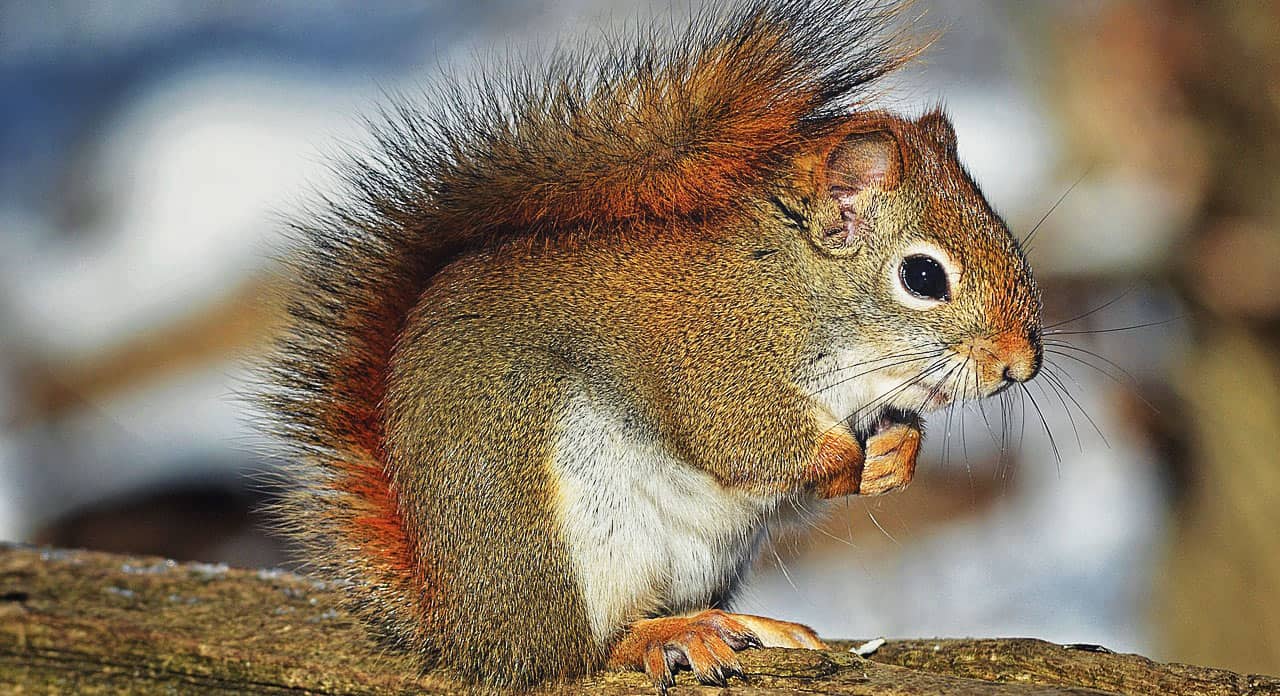 American Red Squirrel – You Are Being Watched

The American Red Squirrel might scold you when you enter their territory. 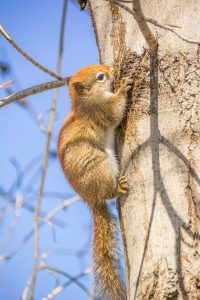 My dad found the perfect sun warmed bench to sit on, and to enjoy his cup of coffee. He had barely sat down when something ran up his leg and sunk sharp little claws into his hand. The coffee went flying all over his lap and the furry perpetrator ran off chattering, or was the little fellow laughing?  Coffee was of no interest to this wee opportunist.

What manner of beast could have this been? If you guessed a squirrel, you are right. Most of us know this rodent by sight. The boldest species is the Eastern Gray Squirrel, which is not native in Western Canada. Yet, there is plenty other squirrels in British Columbia that can, and do cause trouble as they tend to live close to human communities.  Simply, it is best to never feed squirrels.

Our native squirrel in British Columbia is the American Red Squirrel. They range in colour from rust-red to grey-red. Their impressive fluffy tail is used like a blanket when sleeping, and also for balance and steering when jumping and running through the trees. They are found mostly in coniferous (trees with needles) forests, but also can be found in deciduous (trees with leaves) forests. 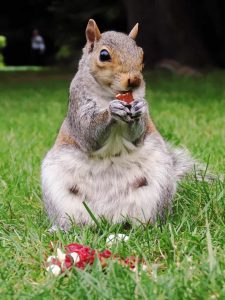 What do these cute animals eat? They rely heavily on pine seeds, of which they bury the whole cone to consume during the winter.  Indeed, these buried cones are thought to help with reforestation.  Other food sources for the American Red squirrels include:  nuts, seeds, buds, mushrooms, berries, flowers and surprisingly, young birds and or the eggs.  American Red Squirrels are wary when being watched by suspicious characters, and they will pretend to bury a tasty morsel, only to have it hidden in its mouth.  Besides burying food in the ground, they also have a storage area called a cache that might be found in a tree hollow.

Squirrels do not hibernate, yet they do have a dry nest that can be found in a joint of a tree or in a tree hollow. This nest is lined with dry leaves and twigs, which it is used for raising the young as well as a place of shelter to cuddle up in on cold winter nights.  American Red Squirrels may be small and cute, but they defend their territory aggressively particularly during the breeding season. The breeding season is from February to April and sometimes again during the summer months. The female squirrel can have 3 to 5 young and she solely looks after them. They are weened in 7 to 8 weeks and immediately seek their own territory. Often the mother will give them her territory, which is significant in the young squirrels ability to survive. They usually live between 3 to 7 years with a maximum of 10 years.

So, the next time you are walking around Wilden, and you hear, rattling, chirping, screeching, growling and buzzing don’t be concerned; you are just being scolded by an American Red Squirrel.