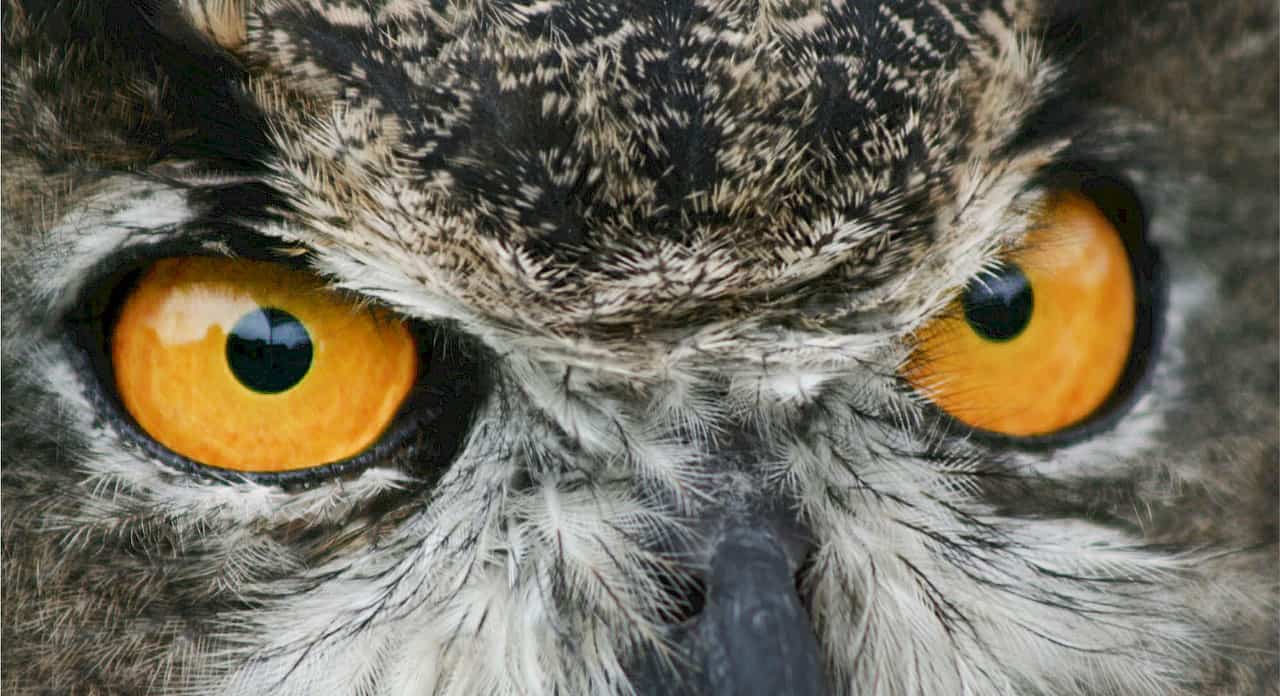 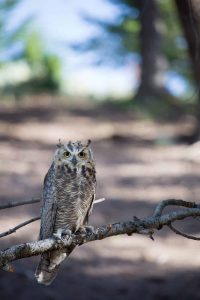 The silent and mysterious Great Horned Owl is known for its piercing yellow eyes, tuft like ears, and powerful talons. While hiking, I have locked eyes with this raptor, and have always been left awestruck by its magnificence. The Great Horned Owls are adaptable hunters:  superbly camouflaged, and have sharp hearing and keen vision. They hunt at night or in the day, although preferring the night.  This owl’s leading wing feathers are serrated as opposed to being smooth; therefore, their flight is silent which allows them the element of surprise while hunting.

They prey on many small animals, such as, ducks, birds, rabbits, mice, frogs, snakes and even other owls and raptors. Indeed, if hungry and the
opportunity, this large owl will prey upon house cats and tiny dogs.

When clenched, a Great Horned Owl’s talons take a force of 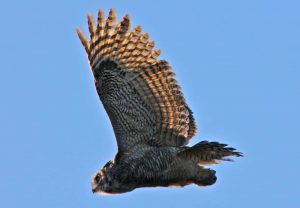 28 pounds to open. Interestingly, their eyes do not move in their sockets; instead, they can rotate their heads more than 180 degrees to look in any direction. This feat is accomplished by having a long neck, (14 cervical vertebrae, humans have 7) which is compacted into an ‘S’ shape, making them look like they have a short neck. Sound is directed to their ears in part by their distinctive facial
discs. They have a poor sense of smell, which may be why they are the only consistent predator that will eat a smelly skunk.

If you hear a group of crows cawing excessively and in agitation, it may be because they are mobbing (sometimes for hours), this, their most dangerous predator. Other birds including small song birds will dive bomb and even peck at Great Horned Owls. During the months of February and March females are already incubating their eggs. If the nest is left unattended for too long, the eggs or chicks can ironically, be preyed upon by crows. While defending their nest they may give off bone chilling screams. There are other sounds that the Great Horned Owl makes, such as, shrieks, hisses, whistles, barks, and coos.

While hiking if you hear a series of hoo-h’HOO-hoo-hoo, who knows, it’s probably the intimidating yellow eyed Great Horned Owl.