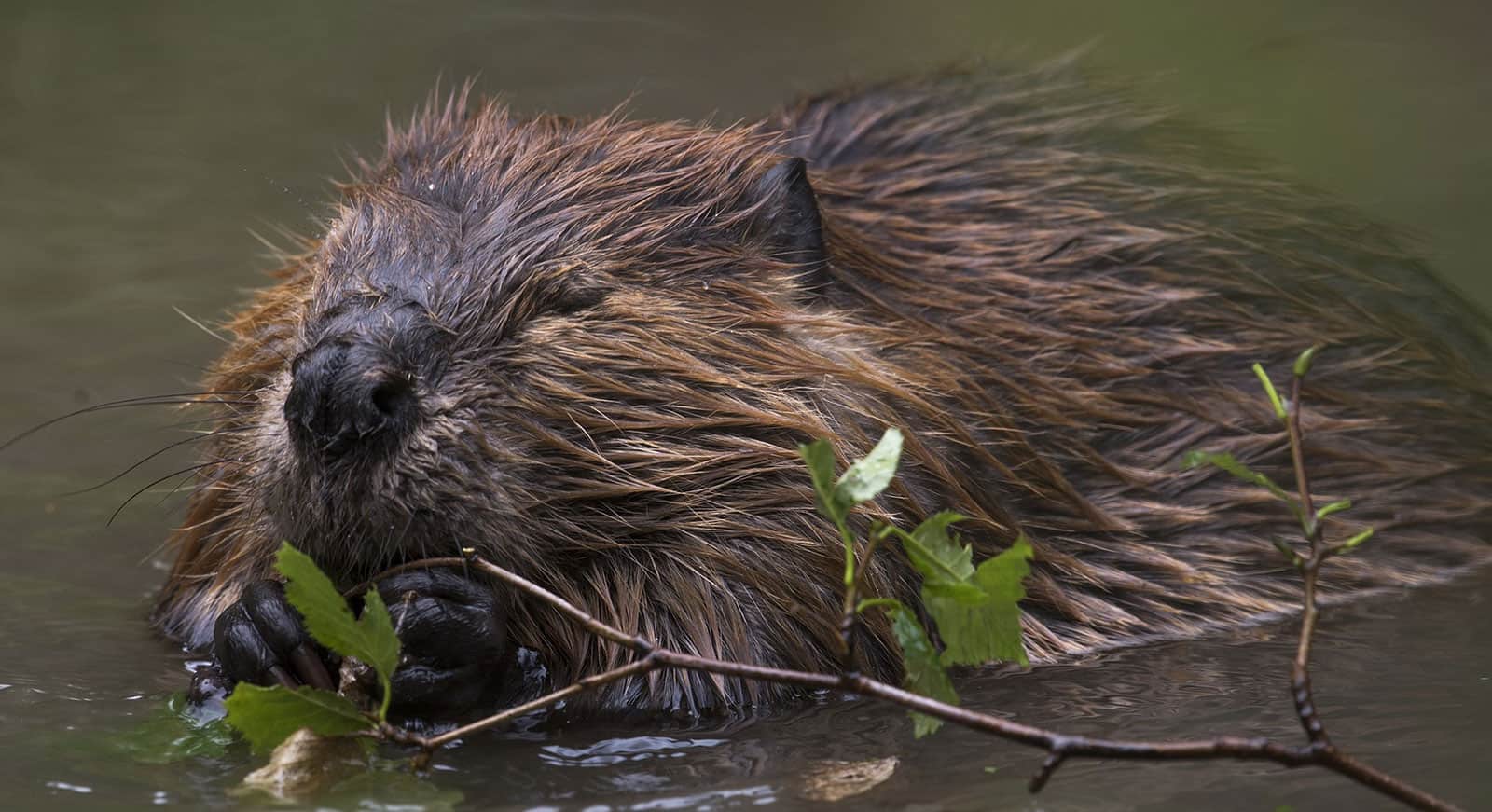 An Ambitious Builder of New Structures!

They are adorable when you look at their faces with little round ears, dark nose, and prominent orange front teeth. Their distinctive flat paddle-shaped tail is a sure sign that you are looking at a beaver. Beavers are dark brown in colour and much larger than a muskrat. The beaver is Canada’s national animal, and its image is featured on the nickel. One of my sisters, some years ago, had a party for her son when he reached the weight of a full grown beaver ( 29.4 kg or 65 pounds). You can’t get much more Canadian than that, eh? The average weight of a beaver ranges from about 20 -27 kg or 44- 59 pounds; however, there has been beavers that have reached an astonishing 49kg or 110 pounds. The beaver is found around water, such as lakes, streams, ponds and marshes. Wilden has many of these busy beavers.

Beavers have the reputation of being second only to humans in their ability to change the environment. This is done by their talent in building dams. The dams are built to help these industrious creatures hide from predators.  Also, the beaver’s dam keeps the water level up so that their food sources such as cattails, and fast-growing trees (willow), will keep growing.  The dams create a small watery ecosystem that is attractive to other animals and aquatic plants.

Beavers live in lodges, dry enclosures within the dam, or even holes in the banks along the water’s edge. Their teeth are orange because of the iron content, which makes them hard and sharp enough for gnawing down trees for building dams and lodges.

The largest dam in the world is in Canada’s Wood Buffalo National Park found just outside of Edmonton, Alberta.  This dam is so enormous that it can be seen from space as its length is 850 meters (2,800 feet).  This dam is significantly larger than the average beaver dam length of 10 to 100 meters (32 to 328 feet). If left undisturbed by humans, beavers’ dams continue to be built upon by the subsequent generations. It is suggested that the largest dam, found in Wood Buffalo National Park, was likely started around the mid-1970s.

Beavers are not an aggressive animal unless of course feeling threatened or cornered. The beaver’s social life is centered around family that typically consists of a monogamous pair, three or four kits (babies) and yearlings.

While hiking and walking along the water in Wilden, keep an eye open for the long orange-toothed beaver!